Placing our patients first in every situation and delivering extraordinary quality care.

The 10 most common vaccines myths and their myth busters

As a general pediatrician it is my duty not only to actively participate in healing our sick children but also in preventing them from becoming sick, and to help families raise healthy children as they are our future.  It is, therefore, my duty to help educate families and patients in how to live a long and healthy life. 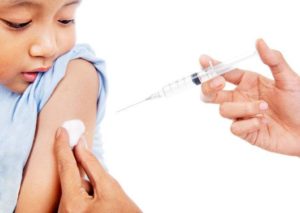 At First Choice Pediatrics, as our patients very well know, we make it our mission to immunize all of our patients, not only for their own benefit, but also for the benefit of those unable to be immunized (cancerpatients, immunocompromised patients, etc.) that are at a higher risk of exposure to deadly illnesses prevented by vaccination.

I have decided to write this article for our blog due to the increase in number of parents who are now-a-days questioning the reasons behind vaccinations.  It is heartbreaking for me as physician to see the abundance of false or misleading information found in the media for the parents and patients to read. Believing this information published by so called “doctors” or movie stars, poses great risk on our future society.

The 10 most common myths or questions parents have about immunizations:

Myth 1: “I don’t need to vaccinate my kids, they can build their own immunity by fighting the infection, and anyway how common or deadly are these infections since they are so rare these days?”

A:   Many of us are alive today because of vaccines, such as the one discovered in 1976 for Smallpox, a disease now eradicated since 1980. This disease caused by the Variola virus, back in 20th century, caused around 200-300 million deaths. Similarly, we need to immunize our children to prevent deadly infections that are still common in the U.S., like Whooping Cough (caused by Bordetella Pertussis), infections that could easily re-emerge, like Hemophilus influenzae type B, or that can be brought from immigrants or visitors from other countries, such as Measles, Polio or Diphteria.

Myth 2: “ I do not agree with vaccines as they contain antibiotics, mercury, or aluminum preservatives that harm your body”

A:    Most vaccines will contain antibiotics, as these are used to prevent bacterial or fungal contamination, and these antibiotics are not the ones commonly causing allergic reactions in the general populations as they are rarely used for treating patients (neomycin, streptomycin, Polymixin B). Thimerosal is a chemical preservative containing mercury. Thimerosal has been removed from vaccines and it is only contained in the multivial seasonal Flu vaccine. Even so the amount of mercury present in vaccines is equivalent to the same amount found in a can of tuna. In regards to aluminum, we all have aluminum in our bodies, the amount of aluminum in vaccines given in the first 6 months of life is about 4 mg. To compare, the breast milk received during this period contains about 10 mg aluminum, infant formulas contain about 40 mg. Vaccines contain less aluminum than the amount found in a bottle of water.

Myth 3: “Vaccines cause autism!”  or “I refuse the MMR vaccine because I have read it causes autism!”

A: So, what started the rumor? In 1998 Dr. Andrew Wakefield published a study in Lancet, a reputable medical Journal, claiming that he discovered a link between vaccines and autism. More specifically the MMR vaccine. In 2004 Lancet released a statement refuting the original findings as it was discovered that he fabricated the results for his study. From 1999 until 2012, millions of dollars were spent on studies with samples as large as 14,700,000 children showing no link between vaccines and autism.

Myth 4: “ Vaccines are not safe! What happens if my child gets convulsions with the vaccines?”

A: It is true vaccines can have side effects. The most common ones are mild: pain, tenderness, swelling at the site of injection or fever.  Some vaccines, such as the one against whooping cough, can cause inconsolable crying, irritability, high fever and even seizures. However, even though frightening to the parent, these are not fatal side effects, but not immunizing the child could be fatal!

A:  The first dose of DTP is given at 2 months of age, which coincides with the time of life when the risk of SIDS is highest. This was a myth that triggered multiple studies, some dating back to 1980’s, showing that there is no association between SIDS and DTP.

Myth 6: “This is my child, it is my choice not to immunize!”

A: While parents think that only their child would be affected if they were to get sick, this is not true. There is a good reason why all states of the U.S. have regulations about vaccinations and the exemptions that can be made prior to entering school on medical or religious basis. Sick unimmunized children pose a risk for those yet to be immunized, immunocompromised children that cannot mount a response to vaccines, or that have contraindications to receive vaccinations.

Myth 7: “Aren’t these too many vaccines for such a little body? Can we split the vaccines?  “

A: Babies have strong immune systems helping them to fight day to day encounters with millions of viruses and bacteria. They can receive as many as 5 shots in a single visit, and many studies have shown splitting the shots and bringing infants every month to immunize causes the infant more pain and distress than multiple injections given in one visit.

Myth 8: “I see no harm in waiting a little longer to immunize!”

A:  Vaccines schedules are built based on the balance between the body’s best response to the immunization and the chances to contract that specific disease given the age of the patient. Therefore, it is most effective to give vaccines at the recommended age.

Myth 9: “My child cannot receive the injectable Flu Vaccine due to egg allergy”

A: This is no longer true, it has been demonstrated that the Flu vaccine is safely administered to patients allergic to eggs, due to very low traces of egg protein, which is not enough to cause an allergic reaction.

Myth 10:  The Conspirator Theory: “Vaccines are for the drug companies to make large profits!”

A: According to the WHO (World Health Organization), in 2013, estimated global revenues for all vaccines is around $24 billion, which only accounts for approximately 2-3% of the total pharmaceuticals market.

My final advice for parents is to immunize their children and help prevent unnecessary human losses due to preventable diseases. Side effects from vaccines far outweigh the benefits of saving lives and preventing temporary to permanent disabilities such as: deafness, palsy, learning difficulties, disfigurations, amputations and many other disasters!

1. www.healthychildren.org, via American Academy of Pediatrics

ADHD: When to Worry, What to do

Who Can Help Me With Breastfeeding?

Seven Ideas to Keep Your Kids Busy During the Summer

We have multiple locations for your convenience.